My son Ben, now 18 was diagnosed with Type 1 at age 10. Our family loves to travel and we did not let the rigors of diabetes management prevent us from traveling every spring break or summer to places like San Diego, San Francisco, Arizona, and even overseas to Rome, Athens and Munich. We made a plan, took extra supplies and insulin and adjusted his pump for the time zone changes. We estimated as best we could on carb counts.  And of course, we were always with him as his two primary resources. 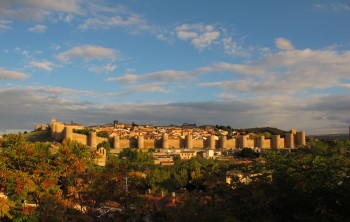 Then, this past summer he had the opportunity to do a foreign student exchange – we would host a student from Spain for two weeks and Ben would travel back to Spain and spend two weeks there. Without us, which of course was a little daunting. He wanted to do it and it was an amazing opportunity for him. So, we agreed to do it and set about making our plan.

At around that time, my son and I attended a Type One nation event here in town.  One of the session speakers was a young lady talking about managing her type 1 diabetes when she went away to college.  She even mentioned that she had spent a semester traveling overseas with type 1 diabetes. We asked her a ton of questions and we were both excited about his upcoming adventure.  A week later, there was a Team Captain JDRF event with some informal break out sessions and I joined the table for parents with teenagers.

Some of the parents were talking about how they were afraid of letting their son/daughter go off to college because they were afraid to let the reins of diabetes management go completely.  When I said I was sending my son to Spain for two weeks to live with an exchange family, they looked at me like I was crazy!  They told me there was no way they would do that (and it was at least four different parents voicing this).  So, now I wasn’t as sure of our decision to send him and doubts and worries crept in.

Until…we saw our wonderful endocrinologist who thought it was a great idea and that Ben, at 17, should be able to manage his diabetes by himself for two weeks. She wrote a formal letter stating his diagnosis and that he had to carry all supplies with him – as well as food and drink if need be – on his person at all times while he traveled.  Even though Ben is on a pump, she gave us an extra novalog pen and lantus pen in case he needed them. We got an extra insulin bottle for him to take with the help of our pharmacist. We packed his old pump and four weeks’ worth of pump supplies just in case. We put this all in one backpack along with glucose tabs, his glucagon and other snacks that he carried at all times.  We sent a temporary letter allowing the host family to seek medical treatment for our son. We gave them (the host family) verbal instructions and then sent an email with specifics on what to do if Ben’s blood sugar became too low.

Well, Ben went off and I prayed and worried because – hey, I’m a mom and I too am used to holding those management reins – but he had an AMAZING experience!  He went low a time or two, but handled it fine.  He went sailing, took surfing lessons, and even got to spend a weekend in Madrid. It was an unforgettable experience for him and just another way to prove that having type 1 diabetes does not mean he has to miss out on life’s great adventures!

Susie Ferracciolo is a registered nurse and a proud Navy veteran. She is a full time mom to 3 teenagers, has been happily married to Dan for 22 years and is a part time school nurse. Her oldest son, Ben, now 18, was diagnosed with Type One at the age of 10 - and at a time when Susie was deployed with the Navy overseas.

Diabetes Will's Way
5.0
Based on 27 reviews
powered by Facebook

Samantha Spanton
2021-11-16T06:33:50+0000
They are just amazing! The help they have provided family is such a blessing! also being able to talk to Nancy about... her experience with raising a type one diabetic has been priceless!read more

Martha Romero
2019-06-21T18:25:29+0000
Words could never explain how amazing this organization is!! They gave our family a grant so we could start our son's... continuous glucose monitoring device... and we will be forever grateful!!!! Thank you from the bottom of our hearts... May God continue to bless you all and may you continue to be able to help many more families!!!!read more

Sarah Lawrence
2017-09-20T20:28:05+0000
I just wanted to say thank you to this wonderful organization. Thank you for helping me get transmitters during this... rough patch in my life. One day at a time, I'm gaining more control on my blood sugars! I could not have afforded my transmitters otherwise. �read more

Lori Wymer
2016-07-16T10:27:01+0000
Kind and compassionate organization ,helped provide a insulin pump for my son. Thanks for helping make the load lighter... and helping me, despite many insurance barriers. No more 5-6 shots for us a day, hoping for better control on this awful disease. Thanks for blessing usread more
Next Reviews