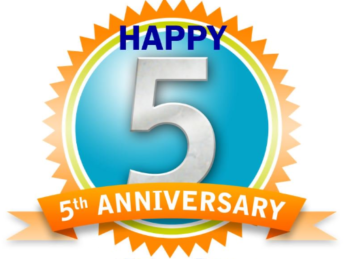 (www.diabeteswillsway.com), a nonprofit serving young people in the United States by reducing type 1 diabetes medical costs, is proud to celebrate its Five-Year Anniversary by awarding its 100th Grant.

Diabetes Will’s Way received its 501(c)3 status in April, 2013. The nonprofit organization began after Will Oberndorfer was diagnosed with type 1 diabetes at the age of thirteen. Will quickly began fundraising for JDRF Indianapolis. After raising more than $8,000, Will, his mother, and godmother were driven to launch, what was then known as, Will’s Way.

“We started Will’s Way because Will kept saying he was given this disease for a reason,” said Oberndorfer. “He wanted to help others like him. I agreed. We wanted to help families who had insurance, but received the devastating news that it still wasn’t enough.”

Diabetes Will’s Way provides two types of grants; a durable medical equipment grant and an emergency cash grant, to children, under the age of 26, who are suffering from type 1 diabetes and have insurance.

The nonprofit has increased the grants it awards every year by 25 percent since receiving tax-exempt status. Reaching its 100th grant in 2019 and more than $950 per grant, the organization attributes its significant growth to the families it’s served, diabetes advocates and the endocrinologists who tell families that Diabetes Will’s Way exists.

“We heard about Diabetes Will’s Way at a car auction in Carmel [Indiana],” said Kathy Haupert, mother of eight-year-old grant recipient, Gemma Haupert. “Another type 1 diabetes family was talking about them, and we knew we needed to ask for help.  We needed a CGM (continuous glucose monitor) covered, but were denied by our insurance company multiple times.”

The CGM would allow Haupert to set an alarm to let her know if Gemma’s sugar levels dropped dangerously low overnight. In 2017,  Diabetes Will’s Way awarded the Haupert’s with the funds necessary to purchase a CGM.

“We begin every year with an overwhelming amount of grant requests,” said Oberndorfer. “With the help of the type 1 diabetes community our mission is spreading more rapidly than we could ever have imagined.”

Graduate of Butler University and a former college athlete, Jen joined the Will’s Way Board of Directors to support its mission to provide the necessary tools to help type 1 diabetic children manage their diabetes and improve their quality of life. Media contact: jen@diabeteswillsway.com

Diabetes Will's Way
5.0
Based on 29 reviews
powered by Facebook

Melissa Chapin
2022-09-27T20:01:17+0000
I want to thank everyone at Diabetes Will’s Way for helping my son get the Omnipod 5. It truly is life changing. He... is and will always be grateful for this gift. It was such an easy process and everyone was so friendly. Thanks again you guys Rock!! 💙💙💙read more

Adrienne Barkelew
2022-09-15T08:47:34+0000
Diabetes Will’s Way is a little beacon of light in the darkness of T1D. We live in a time where technology is at our... fingertips & T1D management doesn’t have to be archaic at best. Unfortunately technology comes with a big price tag and out of reach for so many. Thank you Will’s way for showing our family kindness, love, & allowing us to catch our breath financially. Our rambunctious four year old will continue to live her best life & thrive because of your generosity, thank you!read more

Angie Haake
2022-05-09T17:21:58+0000
We are so blessed to have been led to Diabetes Will’s Way. Our 11 year old son has been diabetic since age 3 and with... this diagnosis comes significant and on going medical bills. There is nothing I can write that will adequately express how our family feels about receiving a grant. Know that as a mother my heart has grown, and my spirit has been lifted because of your generosity. We will never forget your kindness. God bless all our Type One warriors!read more

Ashley Lynch
2022-03-11T11:52:26+0000
We are so thankful for Diabetes Will’s Way. Our son was recently diagnosed with T1D and to say we were in shock is an... understatement. There has been a lot of ups and downs including medical expenses. Our budget has been extremely tightened to accommodate his medical expenses so our grant from Will’s Way helped to alleviate some of those costs. I received a call from Lisa very quickly and she was so nice. She explained everything in detail and stayed in contact. It was very easy to apply. We feel so blessed to have been considered for this grant and they will never know how much we appreciated/needed this.read more

Tara Hopf
2022-03-01T21:39:17+0000
We are so thankful for Diabetes Will’s Way. Our daughter’s recent T1D diagnosis came as a complete surprise for us. ... It has been a roller coaster ride of blood sugars, emotions, and new medical expenses. Our budget has been tightened to accommodate our new T1D medical costs, so our grant from Will’s Way helped to alleviate some of that burden. It was so easy and quick to apply for a grant, and Lisa was so helpful along the way. What a terrific organization! We feel so blessed to have been the recipients of their kindness!read more

Teresa Isabel Acosta
2017-11-28T15:42:09+0000
Such a wonderful organization! Thank you for helping us with getting my son his first pump. It has been life changing... for us! I hope one day to be able to pay it back!read more
Next Reviews